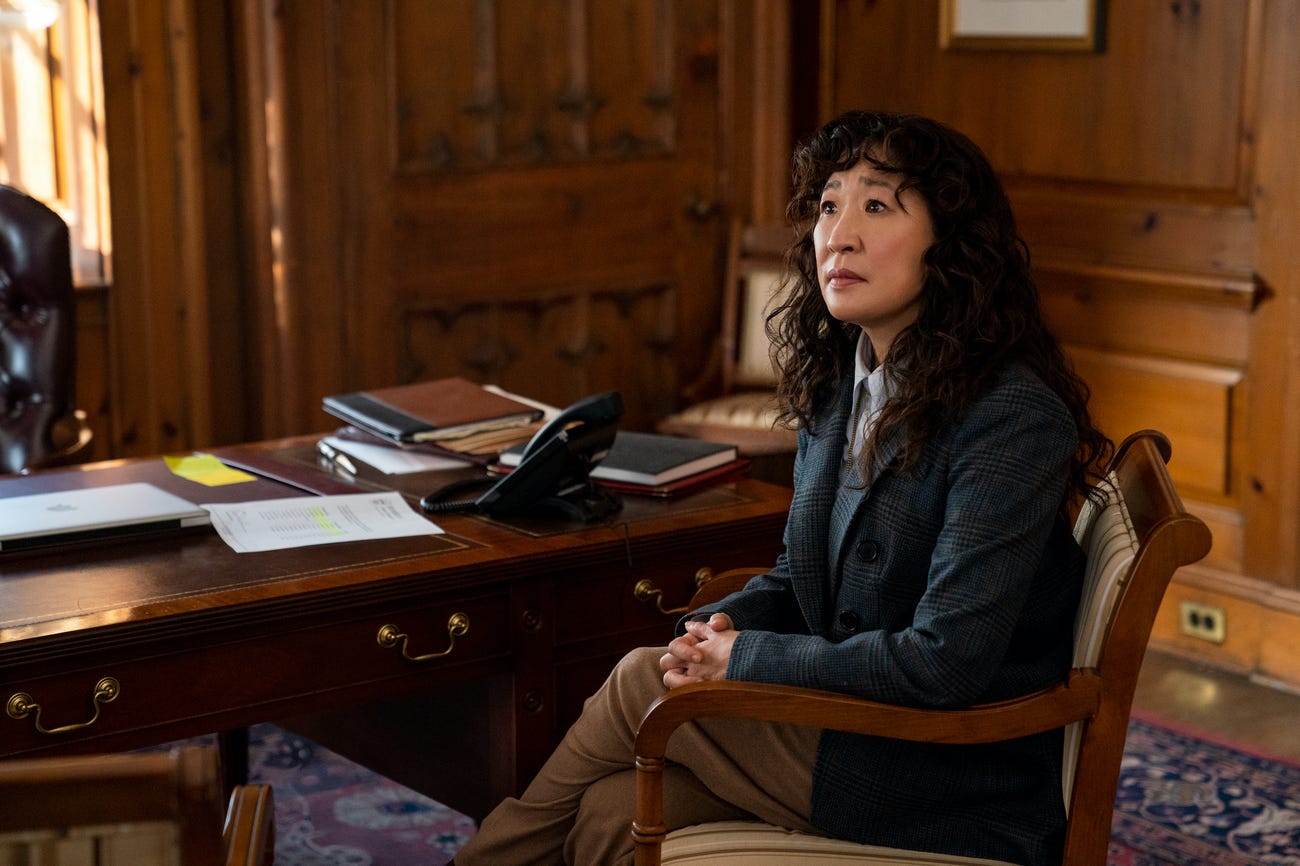 Nikki Brown was prepared to settle in and binge-watch all six episodes of Netflix's "The Chair."

Starring Sandra Oh as Ji-Yoon Kim, an English professor who was recently appointed to lead the department, "The Chair" is a dramedy set on a fictional predominantly white college campus, Pembroke University — a place that has no shortage of secrets, politics, and theatrics to propel the plot forward.

After watching so many medical dramas and law office procedurals, Brown said she was finally ready for a show set in her domain. The fact that "The Chair" not only starred a woman of color, but one as revered as Oh, was only further confirmation that the show was a must-watch.